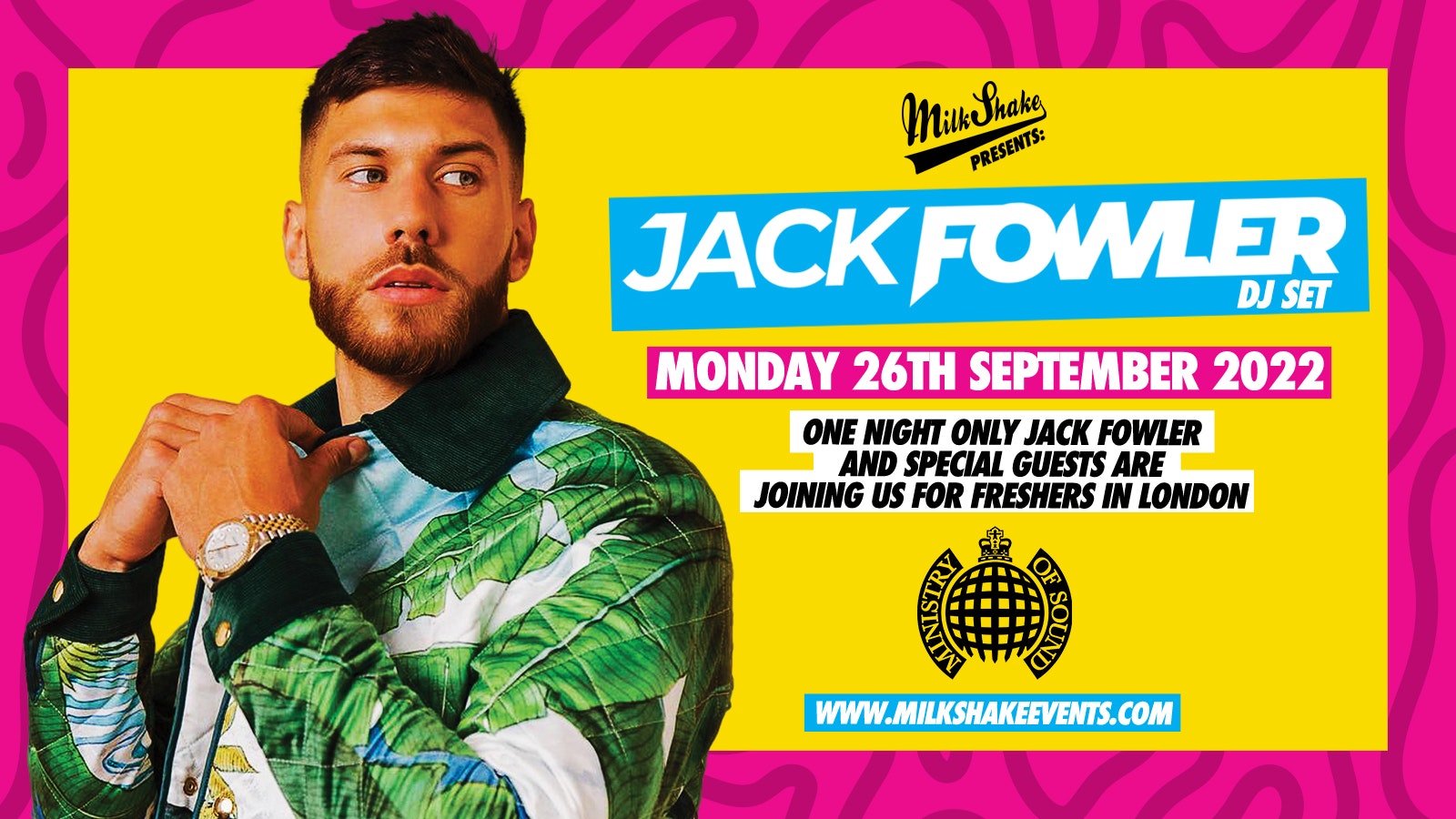 That’s right, you heard us correctly! Ladies & Gentlemen get ready, because on Monday September 26th we’re joined by the MAN HIMSELF, the one and only JACK FOWLER for an exclusive set at Milkshake’s Freshers Jam.

This will be Jack’s only freshers appearance in London and will be bringing the party to life in ways only he knows how.

The Love Island star who’s also taking the world of music and fashion by storm, will be heading to the world famous Ministry of Sound to round up a summer of shelling down festivals with some special guests in the building.

Music artist, DJ, presenter, ex-semi pro footballer & reality TV star Jack Fowler quickly became the nation’s favourite when he graced our screens on ITV’s Love Island. Since then, Jack has built an engaged following of over 1Million people on Instagram, has become recognised as a cultural tastemaker and has gone on to have a successful music and presenting career. Not only is he well versed in the DJ scene, but he also signed to island records in 2021 and released his debut single ‘Foolish ft. Tom Zanetti’ check it out:

📌 🚫 This event is NOT included in the All Access Freshers Pass so if you wish to attend grab your tickets ASAP!